We tested quite a few Lenovo Legion notebooks this year, covering the whole range from Legion 5 and Legion 5 Pro, all the way up to Legion S7 and Legion 7. However, the Lenovo Legion range is not limited to notebooks, and even if the notebooks got a lot of attention on our dedicated website, the same thing cannot be said about the desktop series.

And yes, we started testing Lenovo gaming desktops 5 years ago, Ideacentre Y900 and Ideacentre Y710 Cube being just some of them. But when it comes to Lenovo Legion desktops, we only tested one so far, and that was the Legion T530 which we customized for Transylvania Comic Con 2019… at a time when offline events were still being organized…

Well, a lot has happened since then, as we all know. And we had no clue at the time that we were enjoying the last moments of normal life, before the world would change forever. And I was not even referring to the ubiquitous virus right now, but rather to the last two years full of hardware launches, marked by various problems related to availability and pricing, but also by a fierce competition between the main CPU and GPU manufacturers.

And when we see new CPUs and GPUs launch, the rest of the industry follows close behind, so in the last two years we’ve seen several generations of notebooks and desktops enter the market, and Lenovo made no exception, launching several Legion Cube (C) and Legion Tower (T) models, as soon as new CPUs and GPUs hit the market.

Well, as everyone knows, Intel Core i9 12900K, Intel Core i7 12700K and Intel Core i5 12600K were launched about a month ago, so Lenovo followed closely with a new Lenovo Legion T7 series, based on the top Alder Lake models. And that is exactly what we will analyze today, one of the first branded desktops to integrate the new Intel Alder Lake CPU’s, and the top of the line Lenovo desktop, namely Lenovo Legion T7 34IAZ7. 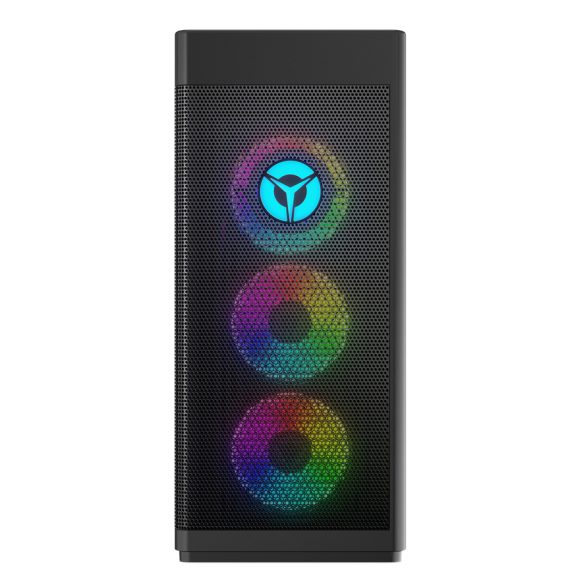