Of course, the less informed reader might wonder… what is the big news? What did AMD change? You see, if in the case of the first Zen generation the integrated memory controller (IMC) was positioned on the same die as the cores, this time the IMC is positioned in the processor’s I / O chip, which has a die of its own and is manufactured using a 12nm process, unlike the core chiplets which are manufactured using a 7nm process. Also, we have three distinct elements in the memory system, namely the Infinity Fabric (fClk), the memory controller (uClk) and the RAM (mClk). In the case of the first generations (Zen and Zen +), these were synchronized and could only work in a 1: 1: 1 ratio.

From the settings point of view, the ratio between uClk and mClk can be manually adjusted in BIOS – users can choose 1:1 or 1:2. The fClk frequency, on the other hand, can be adjusted individually in 33 MHz steps. However, we need to keep in mind that in order to achieve synchronous operation for settings higher than DDR4 3600, fClk must be manually set to the same value as mClk, and uClk must be set to 1:1. In this way, we get the lowest possible latency, because the memory sub-assembly works synchronously. When we have different values ​​for fClk, uClk and mClk, the data will need to be resynchronized, which induces an increase in latency.

Below you can see how MSI MEG X570 Godlike bios looks like and what options do we have in regarding to RAM settings. And if I mentioned the motherboard, I must also mention the fact that the high clocks that can be reached on an X570 platform are primarily due to the possibility to set asynchronous memory to IMC and Infinity Fabric, but also because the motherboard manufacturers have given this topic a lot of attention, using server grade 8 layers PCB, short paths to memory DIMMs, and a Daisy-Chain topology for most high-end motherboards. 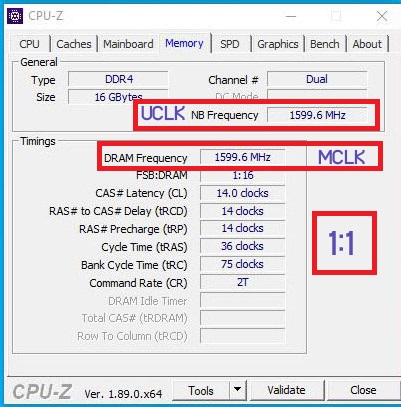 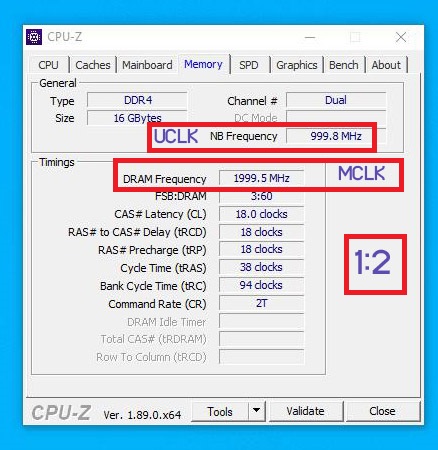 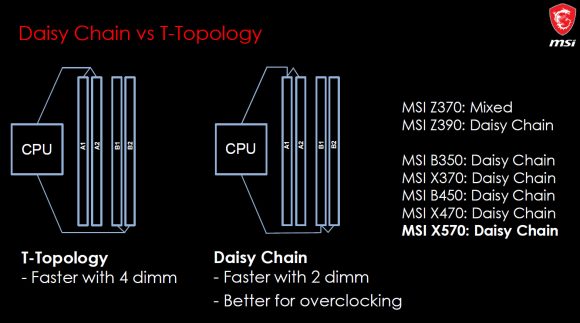 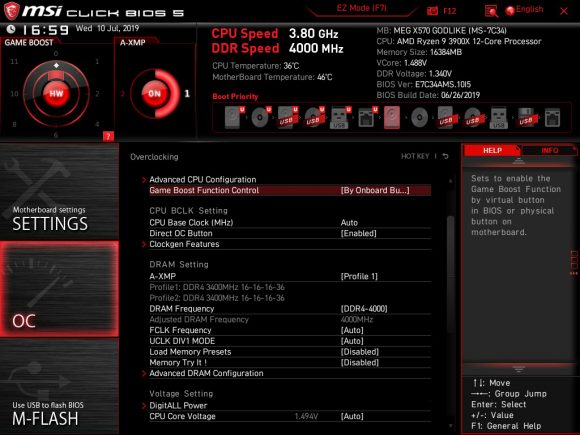 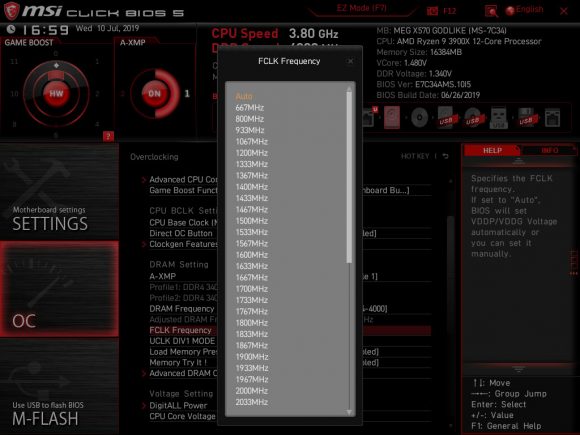 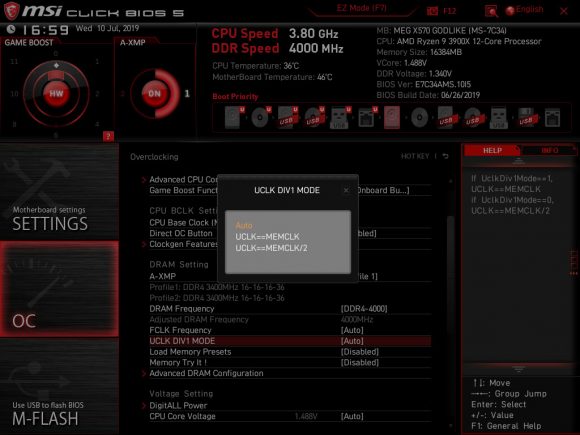 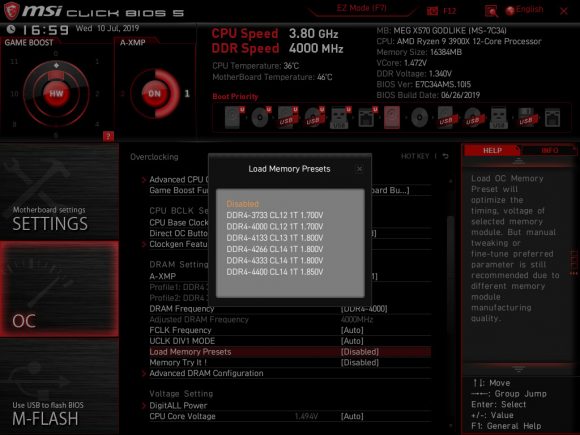